Tyrone and Derry is The Real Derby 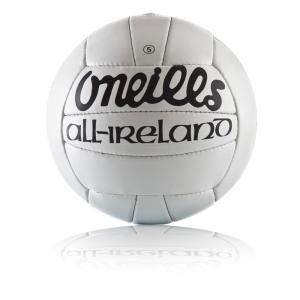 Tyrone GAA and Derry GAA is The Real Derby

As a player Damian Barton knew all about derby matches with near neighbours Tyrone. Never a man to take a backward step against the old rivals across the Sperrins, his absence from the sideline on Saturday will be noted by his players. Taking his place on the sideline will be Brian McGuckin, beside the typically inscrutable Mickey Harte. Healy Park, Saturday night. Tyrone v Derry Part IV. Be there. Or catch it on Setanta.

Nothing gets the blood pumping for a true Derry man like the sight of that white O’Neills Tyrone jersey, you can see it in their faces, the hands wringing, agitation and annoyance. While for the Tyrone supporter the red Derry jersey just  seems to drive the blood pressure off the scales, particularly if you happen to live up round the lough shore or in around Clann na nGael, Craigbane direction. I know a lad was watching a game away against Craigbane one night and one of the mentors pointed at a field a hundred yards away. That’s Tyrone he said, staring for a few seconds and shaking his head.

In Damian Barton’s playing days Derry had the ascendancy over Tyrone, their National League win in 1992 proving the catalyst for a period of 'healthy' rivalry. In '95 thirteen man Tyrone overcame Derry with a tour de force by Peter Canavan after Feargal Logan and his brother Paschal has been lined. But for almost a decade Tyrone had to live with Derry's all Ireland success and a series of championship defeats replete with Joe Brolly blowing kisses when he could.

Matches, usually at Clones tend to be spicy enough with the late, great Eamon Coleman at the helm for some famous Oakleaf wins. The tussles between Kieran McKeever and Peter Canavan were worth the admission fee alone. And the Hill on Clones wasn’t for the faint hearted. But it was all good-natured fun. Usually.

In 2001 after Tyrone had dispatched Derry in the Ulster Championship they were drawn to meet again in the qualifiers. The pundits generally reckoned Tyrone would have too much again in the back door tie, but Derry led by the indomitable Coleman hatched the ultimate ambush to send the Red Hands packing. Derry went on to lose against Galway in the All Ireland semi final after taking the lead through an Enda Muldoon goal. Galway at one stage trailed by five points but Derry conceded a late Matthew Clancy goal to lose by three. Given that Galway GAA went on to win the final against Meath GAA, many Derry GAA fans rightly saw this as the one that got away.

When Tyrone embarked on their 2003 campaign which was the springboard for three All Irelands in six seasons, most people forget it took a replay in the first round in Ulster to get past Derry. As the Red Hands rivalry with Armagh GAA grew during the nineties following their 2002 first round clash, Johnny-Come-Lately fans hailed the Tyrone Armagh derby as the real thing. In truth for Derry and Tyrone there is only one old enemy.

Supporters have memories like elephants and while O'Neill county partisans will trumpet the 13 man win in Clones, Derry supporters will grin knowingly when they recall the shutout on Healy Park in ‘06 when Tyrone couldn't score in the first half in their first championship outing defending their second All Ireland; and they will positively salivate remembering the night at a league game in Celtic Park when Paddy Bradley in his pomp juggled the ball having just tormented a Tyrone rearguard.

Diehard Tyrone supporters will point to Daisy McDermott’s last minute daisy cutter at Casement in 2004 that ejected Derry, reigning All Ireland champions, from the Ulster minor championship. Yes, even underage wins can be wheeled out when two tribes go to war.

So far this season the sides have met three times including the O’Fiaich Cup. Things have been coming to a head nicely with the rivalry and rancour slowly building towards the levels that were common in the nineties and early 2000s. One Derry player told us recently with relish, 'I can’t wait for Celtic Park'. That of course is the Championship showdown which will be a sellout in Spring. Meantime, there’s the small matter of league bragging rights. Tyrone GAA can continue their unbeaten run and stay on top of Division 2 whilst Derry will be keen to return to winning ways.

As GAA local rivalries go, this is one of the tastiest.