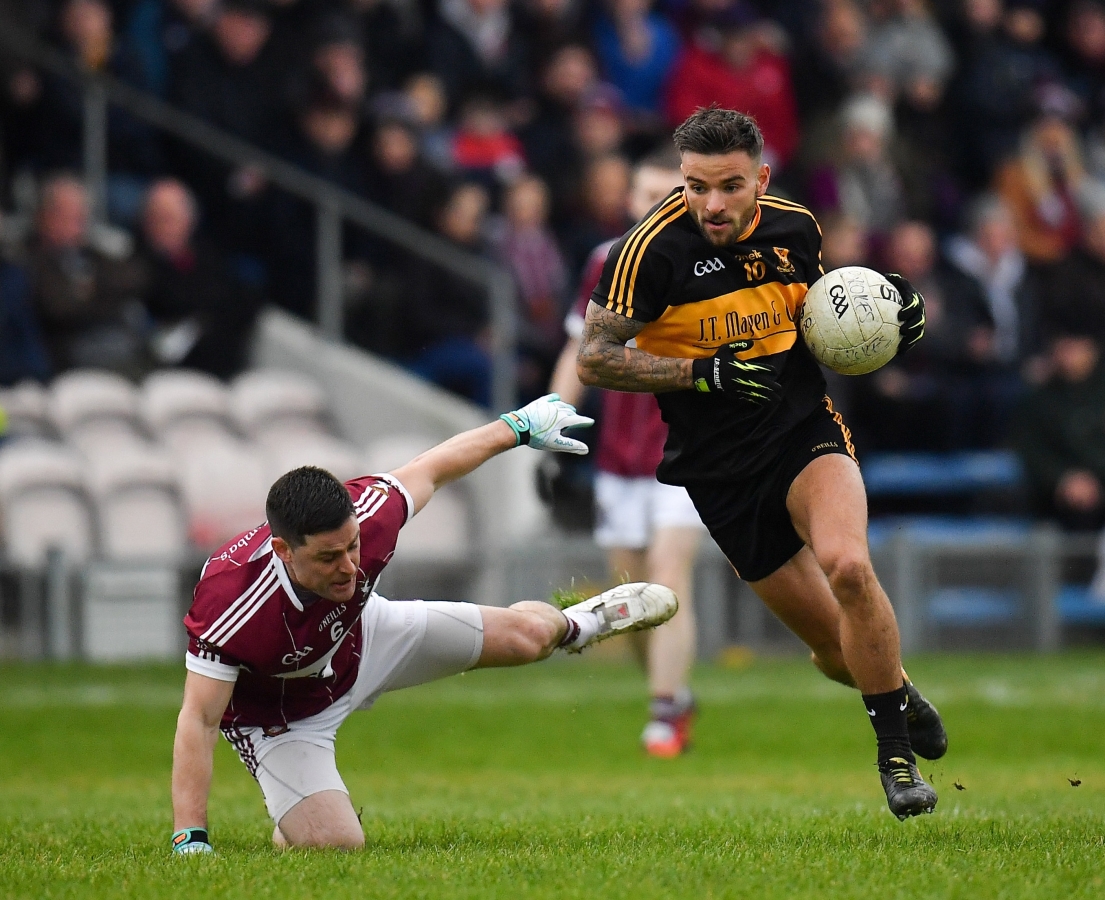 St Patrick’s Day means one thing in the GAA calendar: a celebration of the club jersey and all who play in it. And if some of the media coverage is to be believed the finals could be shifted leaving a major hole in the traditional national Saint’s Day celebrations. Of course the finals weren’t always played on the 17th March, but they’ve been there for long enough to be considered a GAA institution, sacred cow and immoveable feast but could become a Shibboleth as the season is subject to serious restructuring anytime soon. This year the county jerseys represented by their club champions are Galway, Kilkenny and Kerry. Not many surprises there.

And as one of the show pieces of the Club scene we all crave good games. After a few years of fairly one-sided matches in the football, bar Dr Croke’s two point win against Slaughtneil a couple of years back, supporters will be hoping for a decent competitive game in the football final.

Last year Corofin were magnificent to watch for sure but the game was a one side affair with the result hardly in doubt beyond the first half. Given the football pedigree and attacking prowess of both teams Sunday’s match should be a decent game of football.

All six forwards got on the scoresheet for Crokes against Mullinalaghta whilst at this stage the attacking talents of Farragher, Sice, Burke and Lundy are well known. Add in the attacking prowess from a starting berth of wing back from the Divine Ponytail of Kieran Molloy and the claims of the Galwaymen are hard to resist.

Crokes of course have the irresistible Tony Brosnan, he of the ‘unfeasibly high scoring tallies’, and he of the ‘now wearing Gooch’s shirt’ variety. As someone pointed out on the Twittersphere if Kerry can unleash Brosnan, Clifford and Paul Geaney in the same attack this season with Sean O Shea out around centre forward pulling the strings, well there could be sparks. Nowadays Gooch joins the fray as an impact sub and what better way for a wise old head to operate, than to get the feet up with pipe and slippers in the Recaro seats there in Croker, taking a well-earned rest, before joining the fun for the final fifteen minutes or so. Some man to be able to bring on.

Casting an eye back over the history of the club finals there have been a fair share of hard luck stories but we would expect Sunday’s match to deliver all ends up.

In looking back over the years, spare a thought of Clann na nGael of Roscommon who lost four All Ireland finals in a row from 1987 to 90 having already lost in ‘83. Despite appearing in five finals and winning many Roscommon and Connacht titles they never managed to lift the Andy Merrigan Cup.

Nemo Rangers are the most successful club with seven All Ireland titles followed closely by Crossmaglen Rangers with six. The interesting thing about Nemo’s success is that it wasn’t achieved across a short period or a couple of years of dominance. No the Cork outfit have won All Ireland across a consistent time span, being on the losing side on a further five finals. Twelve final appearances in 48 finals, a strike rate of appearing in one in every four finals and winning one in every seven.

There’s no doubt that certain clubs have the All Ireland campaign template in their DNA, clubs like Ballyhale. The most successful hurling club we have seen. Shefflin, the Fennellys, TJ, Cha. Six All Irelands with a bid to make it seven up, under the watchful eye of King Henry.

They lost in their first ever final but haven’t looked back, winning their first title against a JBM-led St Finbarrs. They have the pedigree, the class and the hurlers. This week attention has focused on the likes of Joey Holden who ‘only’ has a couple of Celtic crosses in the pocket yet that is as much as some of the heralded players in the Galway opposition. There was a feeling in Antrim that Ruairi Óg didn’t get the credit they deserve for their performance against St Thomas, with fans of the Galway team saying they were below par.

In reality the likes of Pad Burke and Arron Graffin did a sterling job on the St Thomas forwards, and for a team that doesn’t carry a direct goal scoring threat, they will rely on their shoot on sight policy to get them over the line. Key men for St Thomas are centre back Shane Cooney who gets on the ball an incredible amount of times, and as well as Tribesmen captain David Burke driving and encouraging the team on, Darragh Burke delivers from play and dead ball. Add in Captain Conor Cooney and it’s a formidable outfit on paper.

Let’s hope the four clubs concerned can give us all a Happy St Patrick’s Day as we sit in our green jerseys, sip a pint of the black stuff and adjust the leprechaun outfit from time to time. Good luck to all the players.