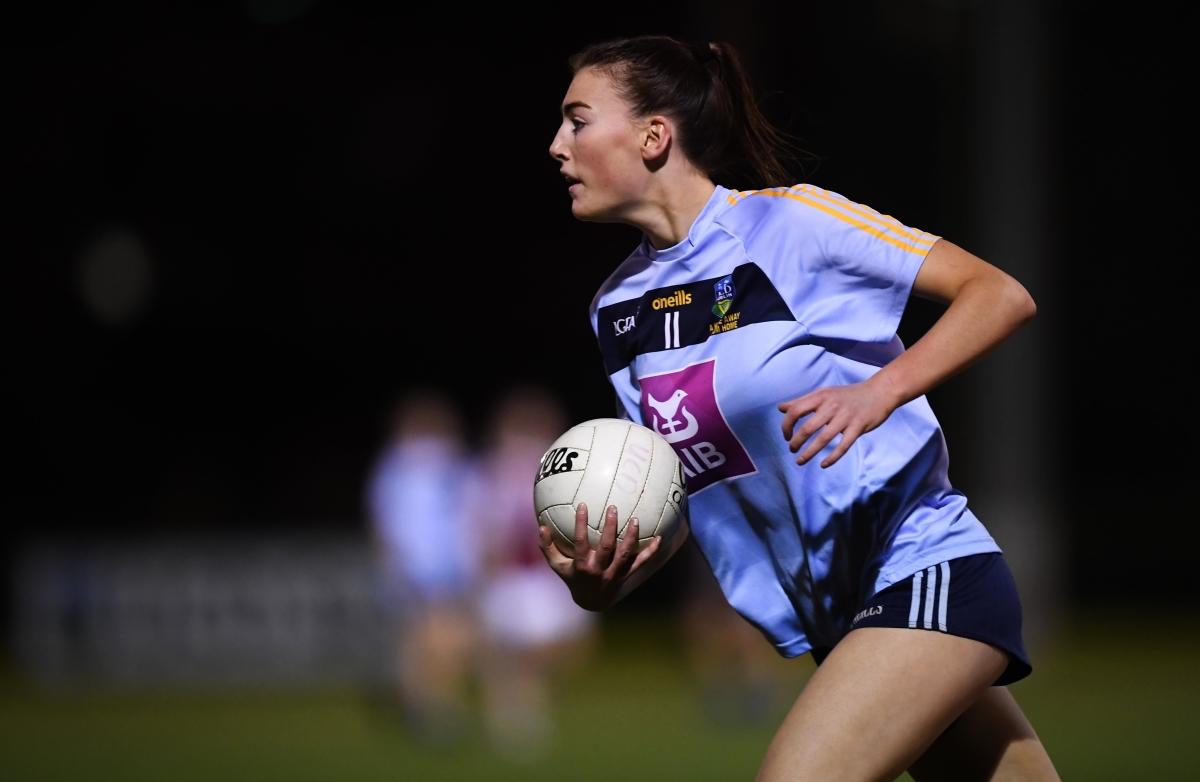 THE race is on to succeed Dublin City University as Gourmet Food Parlour O’Connor Cup Champions.

On International Women’s Day, Friday March 8, four colleges will battle it out for coveted spots in the 2019 GFP O’Connor Cup Final.

Over two eagerly-anticipated days, silverware will be handed out to the O’Connor, Giles, Lynch, Moynihan, Donaghy and Lagan Cup winners, while the O’Connor Shield Final is also down for decision on Friday evening.

Dublin City University, who won the O’Connor Cup in 2018, will aim for a Shield title when they play NUI Galway at DIT Broombridge on Friday (6.30pm).

All four O’Connor Cup semi-finalists are former winners of the competition, with 2018 runners-up and 11-time winners UL last crowned champions in 2017.

UCD, the six-time champions and current Division 1 League Champions, were O’Connor Cup winners in 2016, Queens won the title for the one and only time in their history in 2013, and UCC were champions in 2012, the last of their three titles.

This year marks the 32nd anniversary of the Higher Education Committee third-level championships, with Gourmet Food Parlour on board for a second year as title sponsors of the various competitions.

The prestigious O’Connor Cup Final will be streamed LIVE by TG4 on Saturday, March 9, and you can watch the game at the following link: https://bit.ly/2XIlPHg

UCD are the current GFP Division 1 Champions and many people’s favourites to land the O’Connor Cup.

Managed by Conor Barry, UCD were beaten semi-finalists against winners DCU in 2018 but they’ll hope to go at least one step further this time.

Opponents UCC also fell at the penultimate hurdle last year, when they lost out to UL, but they had an impressive group victory over DCU, before running UL to three points.

That second place finish in Group B was good enough for UCC to book their place in the semi-finals, as UCD topped Group A after claiming wins against Queen’s University, Belfast, and NUI Galway.

Westmeath’s Lucy McCartan is a player with a keen eye for goal, as evidenced by her two-goal haul in the League decider against UL last November, while Galway’s Áine McDonagh and Donegal’s Niamh Carr are other well-known inter-county stars in the UCD set-up.

Emma Spillane, Niamh Cotter, Orlagh Farmer, Hannah Looney, Libby Coppinger, and Sadhbh O’Leary are among the other Cork players in the UCC ranks, while Waterford’s Megan Dunford is another key player to look out for.

Tipperary are represented in the UCC squad by Brid Condon, Caoimhe Condon and Laura Dillon, while there are Kerry, Clare and Leitrim players also included.

UL lost Finals to UCD in 2016, and DCU last year, but their semi-final record in that time has been perfect.

Wins against UCC and DCU saw UL top Group A and sail through to the last four this time.

Their captain is lethal Cork attacker Eimear Scally but UL have quality in all sectors, with Aishling Kelleher and Shauna Kelly also on board from Cork.

Louise Ward is a powerhouse for in-form Galway while UL can also call upon the services of Mayo’s Fiona McHale.

Clare skipper Laurie Ryan is also part of the UL set-up, as is 2018 TG4 All-Ireland Junior Final Player of the Match Rebecca Delee from Limerick.

Hannah O’Donoghue is a highly-rated young forward from Kerry while Tipperary dual star Orla O’Dwyer and Galway’s 2018 All-Ireland Minor A winning captain Lynsey Noone are just two of many other players to watch.

UL will start as favourites to reach a sixth straight final but they won’t get anything easy from Queen’s University Belfast, who are captained by Monaghan’s Eimear McAnespie.

Queen’s also have players from Antrim, Down, Tyrone, Armagh, Fermanagh, Louth, Derry and Kerry in their ranks, and Slaine McCarroll from Tyrone featured in the 2018 TG4 All-Ireland Intermediate Final.

Queen’s were competitive against UCD in the group stages, losing by just a goal, before a six-point victory over NUI Galway sent the squad managed by Mark Doran and Caolan Hendron through to Finals weekend.